How much do you want to dive into this? 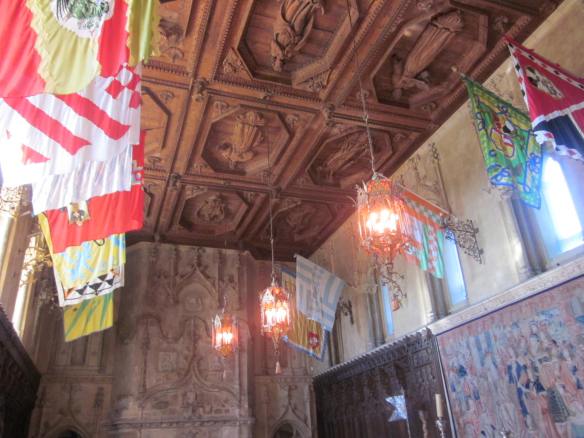 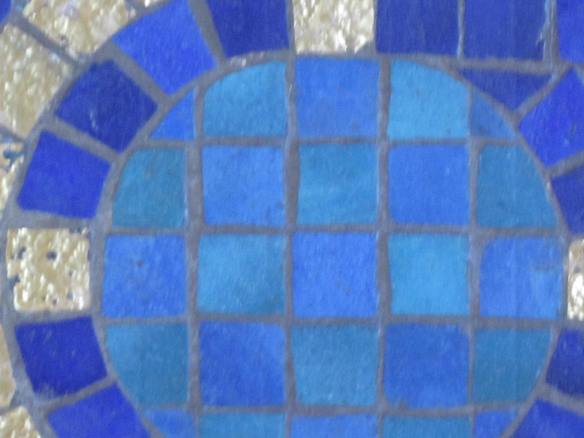 inspiration for a mosaic in my own home 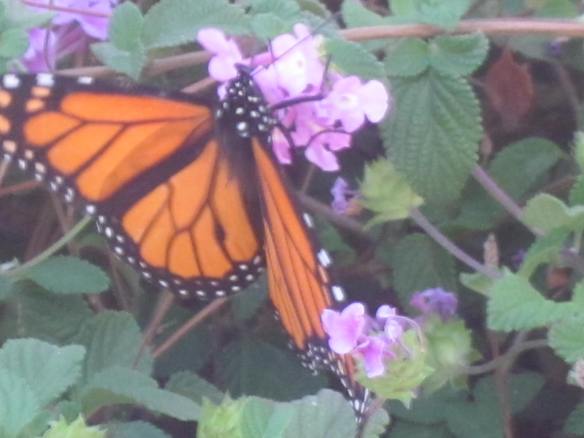 the garden was full of these butterflies

I have been putting off writing this for days, weeks even as every time  I think about it I find myself getting tearful. Yet I need to do it. While I can.

Last year I made a major decision to go travelling. I have wanted to visit New Zealand for longer than I can remember. I had an old uni friend in Melbourne who I wanted to visit and wanted to see some kangaroos and koalas and Sydney Harbour.  My husband has always wanted to visit California and drive the Big Sur and slowly we built  a round the world itinerary.

And we knew we had to do it sooner than later as we both had 79 year old moms who had had a few health scares. It was agreed that our children would update their grandmothers on our progress as we intended only to keep in touch on line. No phone calls. No post cards.

Despite having failing eyesight my mom was at the time relatively digitally engaged. She was on Facebook and used email regularly to keep in touch with friends she had made around the world on her own travels. So that she could still use her computer she had invested in all sorts of gadgets and software.

The mom in law, on the other hand thinks computers are the work of the devil. She also thought going off round the world at our age was a teeny bit selfish. It wasn’t. It was very selfish of us. That was the point. After 30 years of doing jobs that sometimes we loved, often hated, a combination of at least 7 redundancies between us (we stopped counting) living below the line when on benefits and bringing up two children, we decided that it was time to do something just for us. While we can.

So here’s the thing. If we had put off travelling when we did, because of all the excuses we had made for the past 26 years we may never have gone. So many travel bloggers say don’t put it off, because you have kids, you have a house, you have a good job, you don’t have a job, you are scared, you have a boy or girl friend who doesn’t want you to go, it’s not the right time, and they are right, none of these are good enough reasons not to go.

In July 2011 I was offered another 6 to 9 months contract in my job. If I had accepted I would have been unhappier than I could imagine, doing a job I no longer loved. I had achieved everything I had set out to do and needed a new challenge. I begged to be made redundant. I told my stunned boss that there was a plane ticket with my name on it and now was the time to use it.

The day I accepted my severance package everything else fell into place. The Melbourne visit became a house sit for 6 weeks, we found perfect tenants for the house, and the airfares were exactly the same amount as the enhanced part of my redundancy pay. So we booked our flights and did it, while we could.

Mom was delighted when I told her we were going. And actually she is the only person who, on our return, was genuinely interested in where we had been and what we had done.

In the past 3 months my mom has become more or less housebound as she has to have oxygen 24/7, can barely walk across a room without becoming breathless, has to have  a carer come in to get her out of bed and wash her and has had a stair lift installed. I could not go off on a 5 month round the world trip now as I want to be near to my mom. Having a mom who is blind and wheelchair bound, is a reason not to go. Mom doesn’t want to be a virtual prisoner in her home she wants to be boarding a plane to go somewhere warm to escape the cold and rain in England. She wants to be in Luxor or Bangkok or Singapore or… well anywhere but home.  But that is unlikely to happen. So what she talks of now is a short stay in Switzerland.

So do it while you can.

This is my mom. As I know her. Not the frail woman I hardly recognise. Thank you mom for giving me the travel bug. 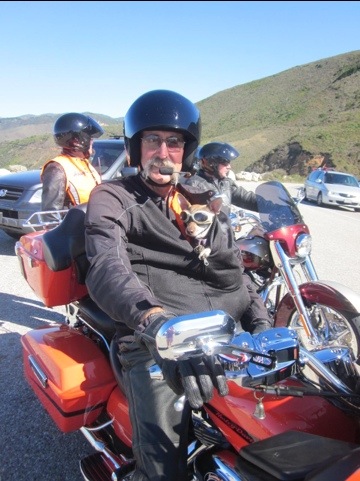 The Big Sur is probably one of the most famous drives in the world and deservedly so. It is simply spectacular. We set off from Monterey on Saturday morning with San Simeon, the first town at the end of the drive, as our destination.

We were lucky with the weather as the sea mist had threatened to obscure the coast, but the check out guy at Trader Joes had promised us good weather for our drive. He kept his promise.

We started our journey via Pacific Grove driving past Cannery Row on the way. If you ever visit Monterey, I recommend that you stay around here or Pacific Grove as it there is so much more to see and do here, than in Monterey itself.

The coast here is stunning. All the houses and trees have been bleached by the sun and sea water, the light is fantastic. I just wished we had more time so that I could go sit on the beach, listening to the sea, with a good book to accompany me. The previous day we had done the 17 Mile Drive and visited Carmel where houses start at around 4 million dollars. It was all very beautiful but somehow it was as if the rich had tried to tame this wild coast so they could wear their designer clothes and high heels, whereas the cost demanded shorts, sturdy shoes and a warm jacket. Surf board optional.

So, The Big Sur! It is 90 miles from Carmel to San Simeon, yet you need to allow 4 hours to drive it, because it hugs the coast and you just have to stop at almost every Vista Point to, well admire the vista!

It was a Saturday so we were accompanied on the journey by charity car clubs and Harley Davidsons, all there for the ride of their life. At one stop we passed a peaceful protest linked to the Occupy protests in many cities, with a live rock band playing, protesters waving the American flag, placard proclaiming ‘stop corrupt greed’ in another there was a string quartet playing, but mostly each laybye was another photo opportunity and a chance to be amazed by the scenery.

We had planned to stop for lunch at Nepenthe but so had everyone else on the road so gave the best burger on the Big Sur a miss and stopped instead at Cafe del Moro above a gallery featuring works by Henry Miller. There was a choice of panini or panini for lunch, so we shared a 10 dollar toasted sandwich. The views were great though. It was a day that the Lotus and Ferrari drivers came out to play and the cafes balcony was a good place to watch them, I almost thought I might see Jeremy Clarkson in a Prius , James May in a camper and Richard Hammond in a Smart Car.

We made another stop at Lucia Lodge a hotel in such a spectacular setting and one, if I ever have the good fortune to do this drive again, I would try and stay at. We lingered over tea, debated with the staff and other guests as to whether it was a fox or a bob cat we had glimpsed below and met Martin and Sandy, from Germany, who were asking for advice for somewhere to stay that night.

Six hour after leaving Carmel we left the Big Sur in search of our lodgings in San Simeon. We had glimpses of Hearst Castle towering above us, bathed in the last sun of the day. We followed the signs to San Simeon, found a beach and a wharf but no hotels. Back on the highway our new friends had sat nav and a phone so they tried to locate the hotel, we carried on along CA1 and then we saw not one but dozens of motels, lined up along the highway waiting to capture weary Big Sur survivors.